When you embark upon a healing journey, it is important to surround yourself with people who can assist you--it's also important that you trust their heart and their knowledge. To that end, I felt it wise for my first blog post to be my personal story so you can get to know me.

Like many people in this field, as a child I was highly sensitive, empathic, and I just "knew" things I couldn't know. My growing up years gave me all the experiences to learn how to conquer the emotions of fear. I have experienced abuse, abandonment, bullying, and suidical ideation. I tell you this not so you feel sorry for me, but so you know that when I say, "I've been there, I understand," you know that I truly mean it.

It's often said that people who get a degree in psychology do so because they are trying to figure out their childhood, and I am no exception to that commonly held belief. Because of a deep interest in science, one of the focuses of my degree was the biological side of psychology, also known as neurology. I worked in a lab using rats to study epilepsy. I also always had an huge affinity to children, working with them in some capacity since I got my Red Cross Babysitting Certificate at the age of 12. So the other emphasis of my degree was childhood development. I used these experiences to become the Director of an After School Day Treatment Program, working with children between the ages of 5 and 12 who had behavioral and emotional challenges. I went on to do Master’s work in early childhood special education, but left the program when I realized that I simply cared about my young charges too much and could not separate the work from my emotions.

It was about this time that I began to intensely research metaphysics. I read the book “The Celestine Prophecy” and it sparked huge interest in me—so much so that I ran with it!! I got laid off from my job doing marketing for a clothing company. Realizing I had to pursue my dreams, I went on the road as an event coordinator with Up with People. I got to work with kids and use my marketing skills—what a deal!! But it was difficult, stressful, thankless work and my health began to suffer. I moved on to the next job, Television News Segment Producer, and found a whole new level of stress. When I began to get sick all the time I finally went to the herbalist that came on the news show to do regular segments and said, “Teach me!” After my first appointment with her I went home, packed up every bit of food in my house and gave it away to the local food bank. I replaced everything with organic food and never looked back. It was February of 2001, and the beginning of my natural health journey.

I met my future husband a few months later. My health was precarious; my moods were all over the place. I couldn’t keep my blood sugar stable. I was having symptoms of chronic fatigue syndrome, restless leg syndrome, IBS (irritable bowel syndrome)—I was becoming a collection of syndromes!! I had always struggled with depression, but now I was also having panic attacks and cutting on myself because physical pain was easier to deal with than the emotional pain I had pushed down for years. Thank goodness my husband saw the person inside of me, rather than the neurotic mess that I was at the time. He saw the woman who I was hell bent on finding and expressing.

I mentioned that I had always been sensitive. My father passed away in my teenage years, and in my mid-twenties I began to communicate with him and heal the wounds from his alcoholic, abusive, abandoning behavior. When I met my husband we began going to meditation classes to help me learn to calm myself. At the end of one of those classes, one of the women in the room expressed sorrow that she was not able to connect with her grandmother who had passed. I asked, “Can I tell you something?” She nodded yes, and I proceeded to tell her a whole bunch of stuff there was no way I could’ve known. I then proceeded to do the same thing for every person in the room that day. One of the women was experiencing a family feud over a lost will. I told her that her grandmother had hidden it in her diary and told her where to find it. A few days later she called and said I was right!!! Leaving the class that day, I looked at my then fiance and exclaimed, “I can really do this!! Now what?”

That “Now what” became the beginning of my career in metaphysics. I began doing readings to connect people with friends and relatives that had passed, with their spirit guides, and even doing akashic record readings. (I had taken a lot of classes to get to that point!) I quit my job at the television station, got married, and started writing my book, “Profound Impact: Getting Past Self-Help Cliches.” I wrote each chapter as I experienced the healing for myself. It was a profound time of growth, but I continued to struggle with my health and search for natural solutions.

In 2004 my husband and I welcomed our first son. A healthy baby boy born naturally, the only issue we had is it was clear he was allergic to milk after the exorcist spit up he had after I ate cream cheese. So I removed milk and soft cheeses from my diet, not realizing that I needed to remove all sources of dairy—especially the hidden ones. By two months of age my son stopped pooping with every diaper. By three months he had the beginnings of eczema and he was only pooping every couple of days. I removed all dairy, gluten, and soy from my diet. By four months old he was covered in rashes, waking up every hour and twenty minutes crying in obvious discomfort, and he had stopped pooping all together. The pediatrician tried to tell me that it was “normal” for exclusively breastfed babies to go 7 to 10 days without pooping—anyone who knows anything about natural health knows that while that may be “normal” because it happens often, it certainly isn’t “healthy.” He suggested we put my son on Zantac—even though he had no signs of reflux—and laxatives. I told him I wanted to treat the cause of the rashes and constipation, not the symptoms. He couldn’t help me and referred me to a gastroenterologist at the Children’s Hospital. That appointment was 8 weeks away—meanwhile my son couldn’t poop!!

I began calling everyone I knew, searching for anyone who could help him. I saw chiropractors and energy workers and herbalists—nothing got better. Finally someone referred me to a chiropractor that practiced bio-energetic medicine. My son was a day shy of 5 months old, and that appointment changed our lives!! Within 10 minutes he was able to tell us the cause of the problem and how to begin healing it. My son had severe food allergies (the list was over 40 things!!), environmental allergies, and chemical sensitivities. It took us 14 months to get him pooping daily on his own (we used suppositories forever!!). After we started to see him balance out, our doctor told us that he was the sickest baby he had ever seen, that he was close to liver failure when he first saw him at 5 months old, and that if we had ignored our intuition and vaccinated him he would have definitely had learning problems if the shots didn’t outright kill him. Our new pediatrician praised us for listening to our gut and gave us a medical exemption.

Throughout all this stress with our son, I was experiencing severe adrenal fatigue, post partum hyperthyroidism, and extreme insomnia. The same doctor who treated my son helped me. He also helped heal my husband’s liver—turns out our son was taking after his Daddy! And then, as if that wasn’t enough, our second son was born and had just as many, but different, issues than our firstborn.

I never once accepted that “this is the way it is”, and I researched my heart out to help my kids find and keep their health. I read everything. I asked a million questions. I learned about every kind of alternative remedy and holistic treatment I could find, and even tried most of them. No one does research like a mother on a mission. I began getting on natural health Facebook pages and sharing my knowledge with other mothers. I never wanted another mother to feel the uncertainty I had when I didn’t know how to help my children.

In addition to dealing with health issues, we also had a difficult time emotionally through those first 8 years of parenthood. I had a falling out with my extended family. My husband was laid off or changed jobs 4 times. I experienced a miscarriage. Our house was on the market for 2 1/2 years. And then we lost both of my husband’s parents. In a family full of sensitive empaths, we learned through trial by fire how to process emotions.

When both of my sons had found balance, and my health problems had finally balanced as well, I began my metaphysical studies again in earnest. In 2011 I became a Certified Darmaja Master (Look under the services link on this page to learn more about that), and in 2013 I became a Certified Shamanic Practitioner. Incidentally, I was pregnant with my daughter during my training. While she skipped the same health issues as her older brothers, she challenged her father and I with her energetic challenges. She wanted to make sure both of us had learned our shamanic lessons well!

I am currently learning more about DNA mutations and their effect on health, and I have officially started naturopathic coursework. I began representing Poofy Organics in June of 2014 because it was hands down the cleanest line of personal care products I've ever come across. I recently added Purium Health Products to my repertoire because, again, it was a company with the same mission as I--helping people be their healthiest.

After years of healing, years of going inside, years of processing emotion, and years of learning about natural and holistic health, I am fully at a place to help others do the same. I have the training, the wisdom, the knowledge, and the heart.

My family and I have embraced pure living at every level, and we hope you will join us on this journey. Let us help you walk the “Higher Living Journey.”

The Ins & Outs of Healing Eczema

The Hidden Key to Healing

Change Begins by Processing Your Emotions

The Trifecta That Creates Society--The Heart, the Brain, and the Gut

The Role of Forgiveness in Moving Forward

An Easy Way You Can Help Change the World 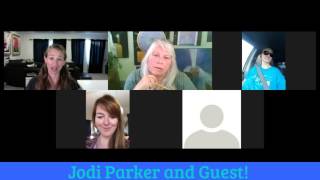